Despite the bitter cold, the project is returning to the outside pitches after the long winter months

RUSSIA – The pitch is frozen, hard like marble. Clouds of steam drift skywards with every step our young players take. Around the sides of the pitch, construction of which was financed by our partner Pirelli Tyres in 2013, is plenty of leftover snow. Nevertheless, the youngsters’ eagerness to get back outside is keeping the cold at bay for now.

The seismic political events of 1989 and 1991 – specifically the fall of the Berlin Wall and the collapse of the Soviet Union – led to a concrete rise in the incidence of child abandonment in Russia. In some cases, children’s parents would simply disappear. In others, they were just unable to provide the necessary support their children needed, having succumbed to alcoholism, social exclusion or extreme poverty. The upshot was hundreds of children deprived of a family.

In Voronezh, a city of over one million inhabitants around 500km south of Moscow, the Inter Campus project is based at the Boarding School No.1 for Orphaned Children. During our recent visit, coaches Juri and Roberto ran three days of training sessions and demonstrations for the 20 or so boys and girls living at the facility.

Our local Russian instructor is Alexey, who – in the four years since the project launched – has forged a strong bond with the children which far transcends their training on the pitches. In the run-up to our visit, Alexey and the older children worked tirelessly to clear the snow from the pitch so that they could final train outside after months cooped up indoors. With Juri and Roberto, the three groups of children were able to try out new exercises designed to combine fun with education.

Around 100km from Voronezh is the village of Bobrov, where another Inter Campus centre is based at the local institute for mental and physical disabilities. When we arrive, work to clear the “на улице” (open air) pitch is still underway, with the older youngsters pulling together to clear the last of the melting snow from the playing surface. Once again, our coaches try the children – under the supervision of local trainer Vadim – on a range of drills whose aim is to improve their footballing ability and help their personalities to develop at the same time.

Our visit to Russia drew to a close with the second local tournament of the season. Youngsters from the Bobrov site travelled to Voronezh on the bus to enjoy a day of football and fun, with each team given names such as Дружба (friendship), Уважение (respect), Смелость (courage).

We have now known these youngsters for over three years and our bond is now far stronger than a simple friendship. As is so often the case, the warmth they show us is all the more poignant given the conditions they live in. Thanks to the Inter Campus project – and sport in general – the children are making significant strides forward in terms of their physical and psychological development. Sadly, however, there are some things we are unable to make right – like when one little girl asks us if we know when she is going to be adopted.

Details make all the difference in football and nothing can be left to chance. It’s a mantra true of the professional game, but one that’s even more relevant when you’re working with children. It is our hope that our efforts will help forge fond memories for all our Russian youngsters and inspire them to grow and learn through group play.

Спасибо большое за всё – До скорого (thanks for everything and see you soon)! 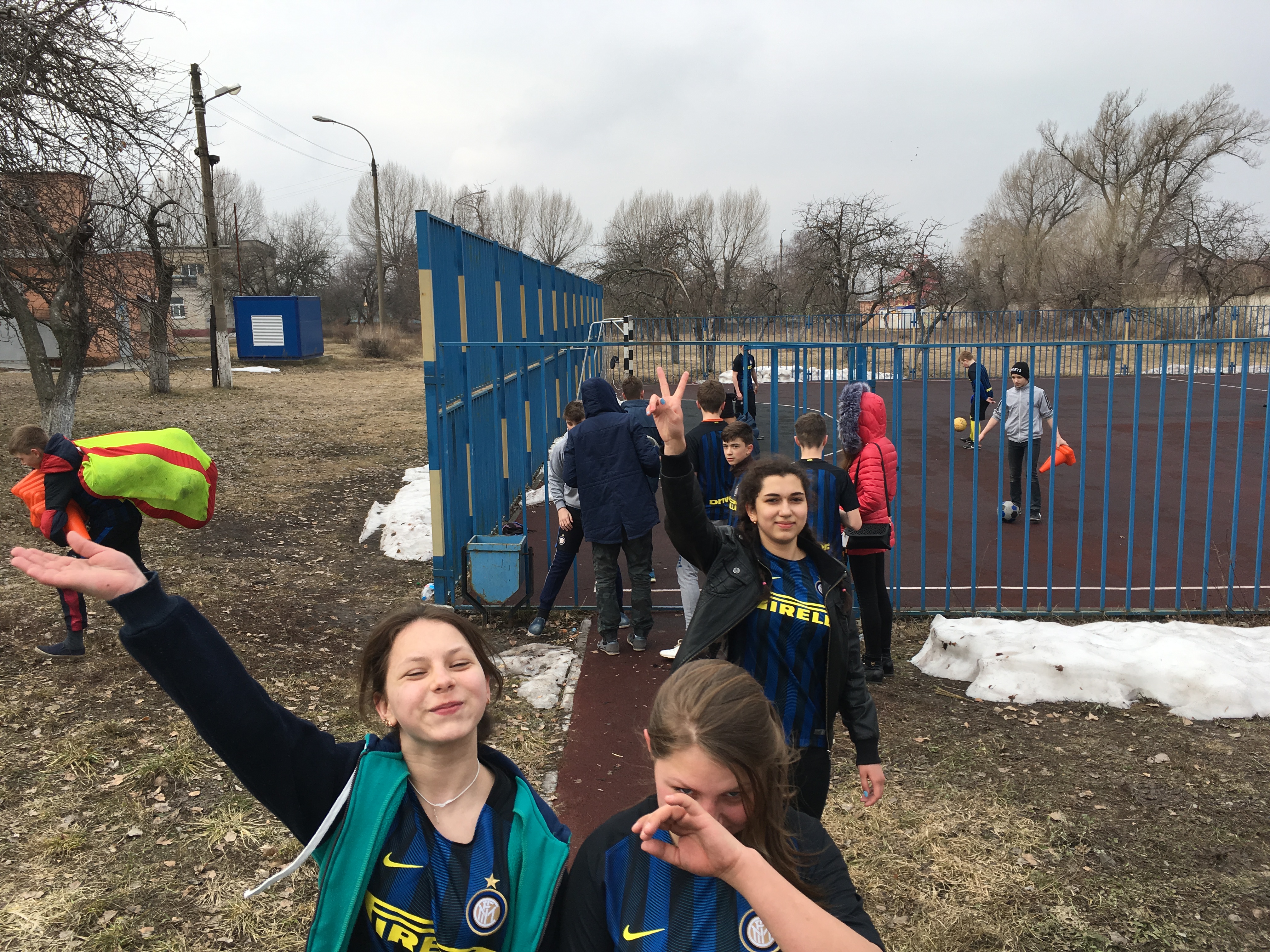 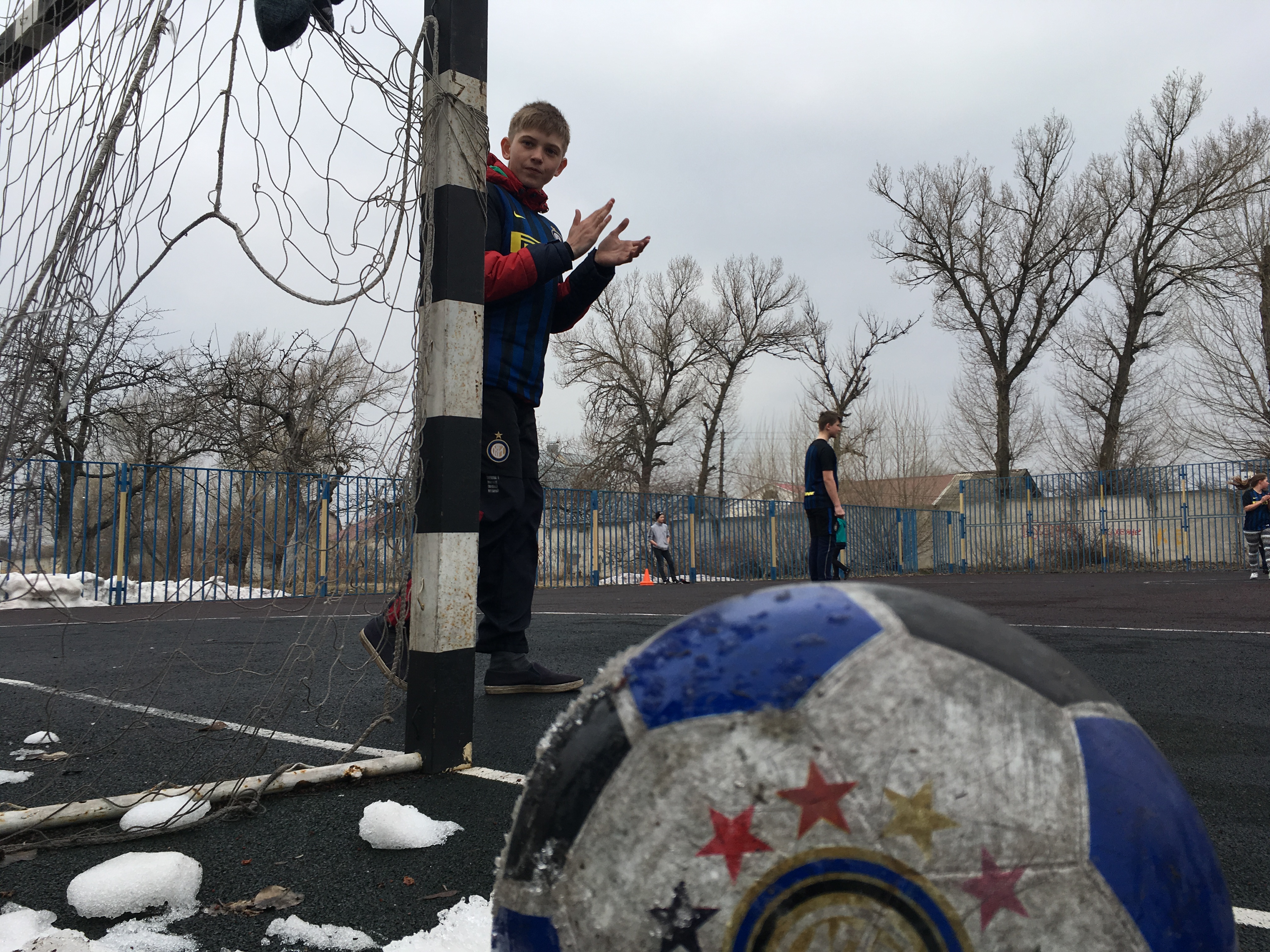 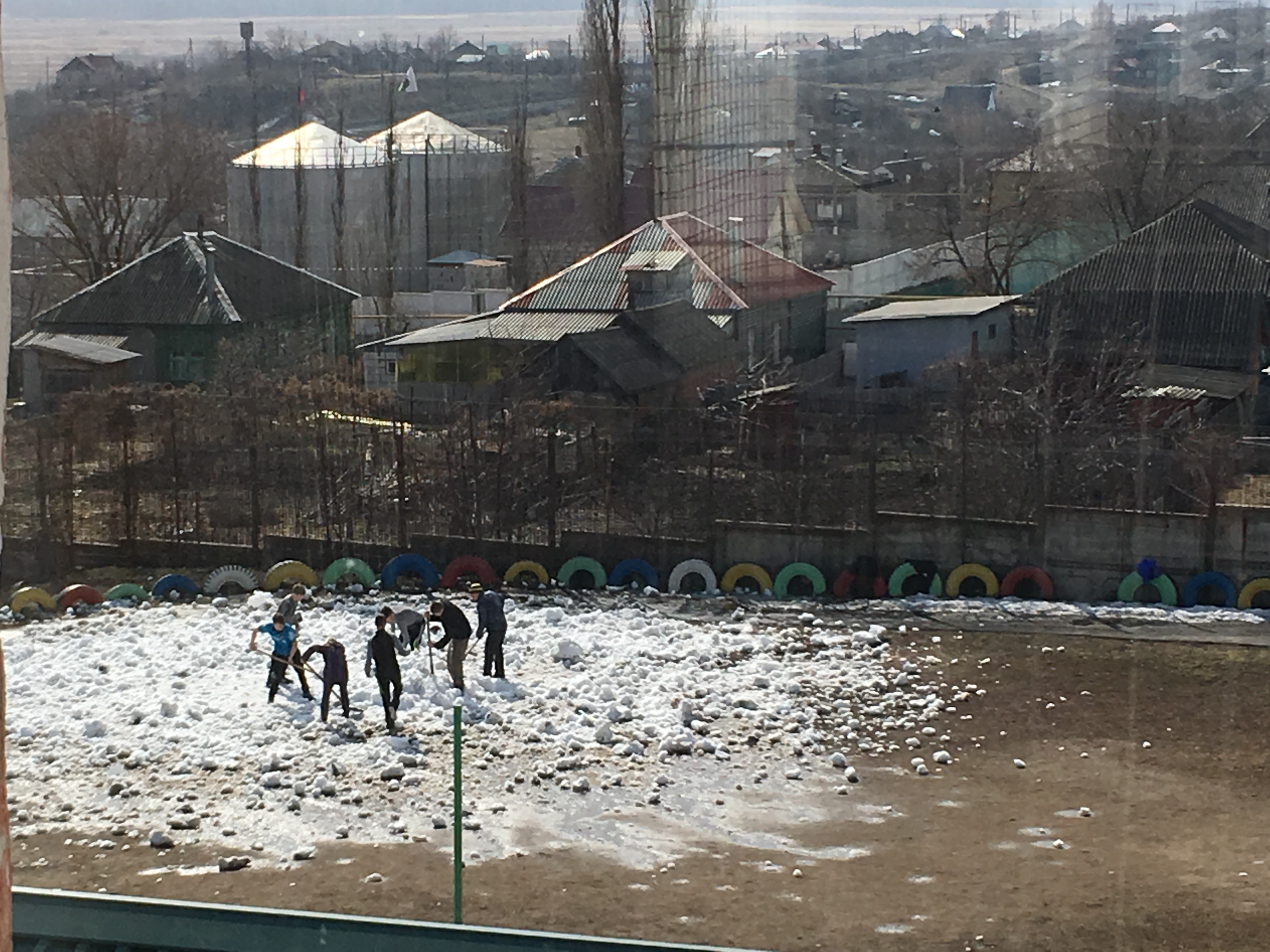 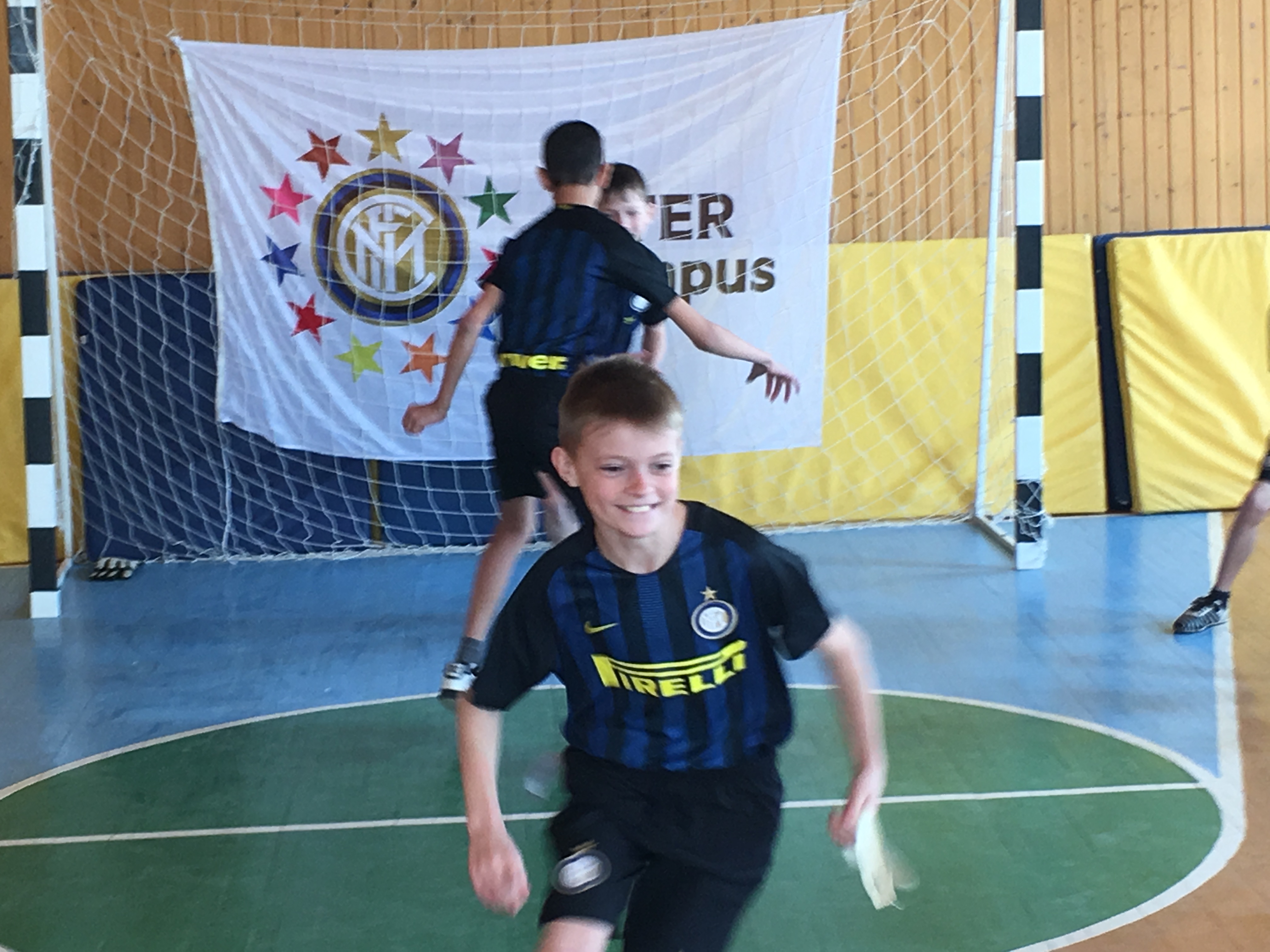 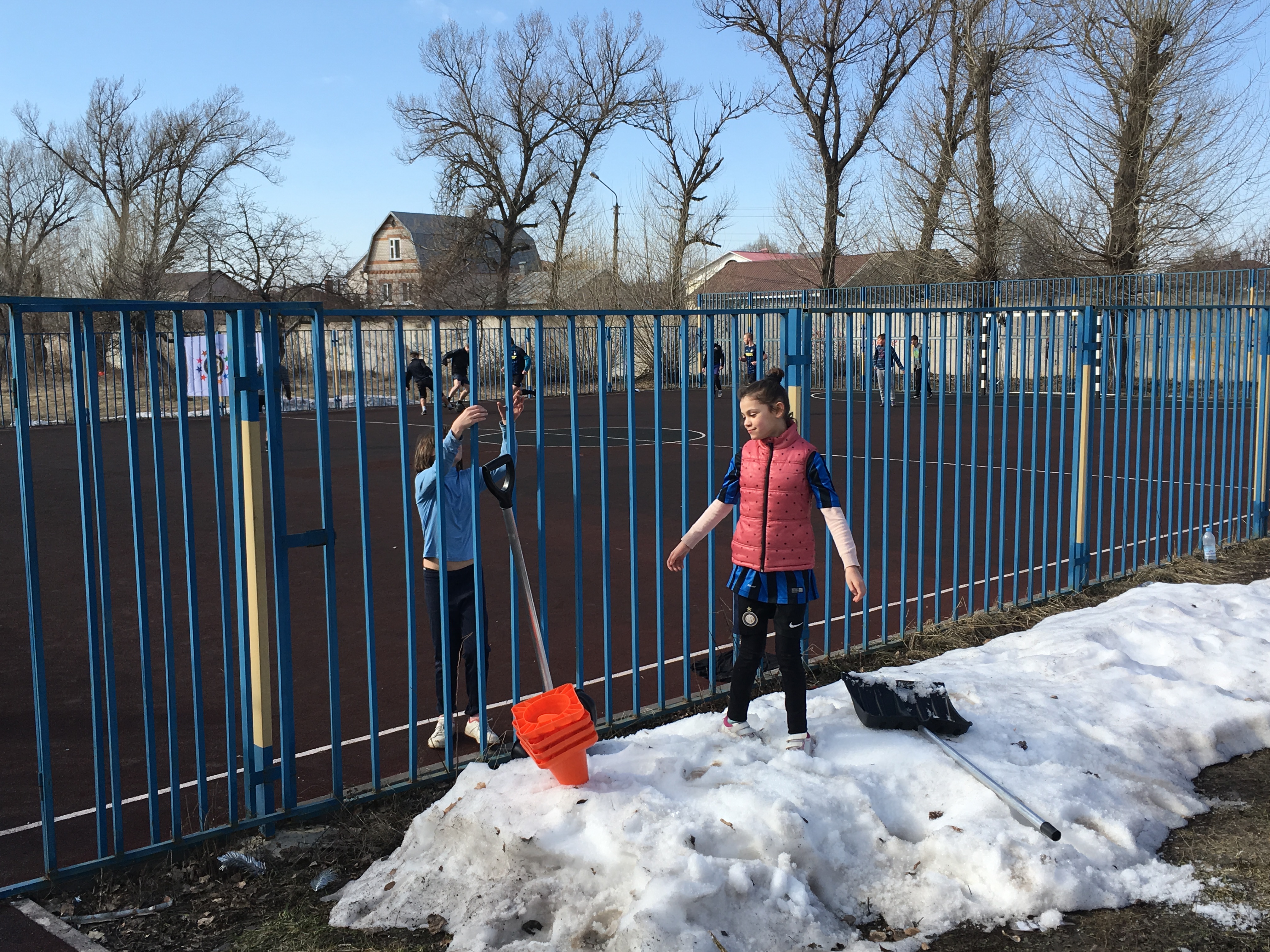 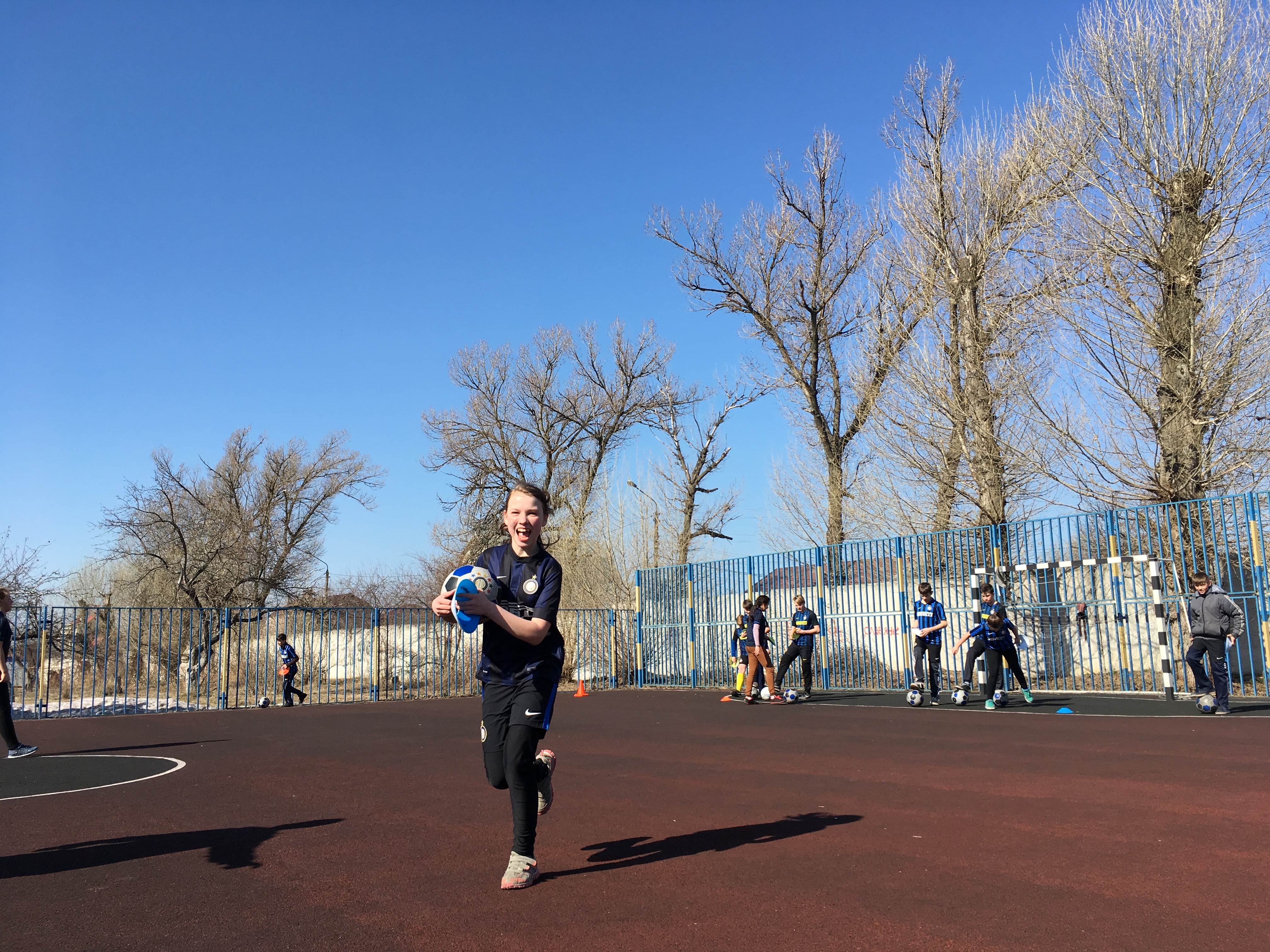