CHIAPAS – Inter Campus’ first visit of the season to the highlands of Chiapas in Mexico has drawn to a close. We headed to the three towns involved in the partnership, San Cristobal de las Casas, Altamirano and Comitan de Dominguez, which are completely cut off from any means of communication.

For the duration of our stay in the lush mountains, we were put up by a family of indigenous Zapatistas. We spent our days and nights living alongside them, receiving an invaluable insight into the culture of sharing that is such an intrinsic part of their life.

During the visit, we were able to observe a session in the Lucio Cabanas community. Around 100 children from the Sub Pedro and Sub Daniel secondary schools were in attendance, along with a further 30 instructors. It is here, on an almost-level pitch and under an always-searing sun, that our coaches Silvio Guareschi and Andrea Galbiati have led countless training sessions. Aside from providing entertainment and inspiration for the kids, the instructors themselves are always greatly enthused by the sessions because they are in line with the autonomous Zapatista education system.

The daily schedule was a packed one. Things got underway early, at 7:00, with a session dedicated to motor and coordination exercises. 8:00 meant it was time for desayuno – breakfast – which consists of rice and peas. Once everyone was fed and watered, the day continued with more activities, both on the pitch and in the classroom.

Mid-morning saw a theory session – old-fashioned style, with a blackboard and chalk – in which our coaches attempted to impart their knowledge to local trainers. Eager and determined to learn, the budding coaches then proposed their very own training sessions for the kids, showing that they’d quickly taken on what was being taught.

After lunch at 15:00, all students and trainers took to the playing fields to enjoy games of football and basketball. Sunset heralded the end of the day’s work, and everyone headed back to their accommodation to eagerly await tomorrow’s arrival.

Inter Campus and the Autonomous Zapatista System inaugurated their partnership in 2011. Since then, the project has gone from strength to strength, and by now the indigenous culture, lifestyle and values have more than a hint of Inter black and blue about them.

When it was time to say our goodbyes, hordes of local boys and girls – dressed in traditional coloured indigenous clothes – gathered to see us off with a traditional despedida, the emotional collective farewell. 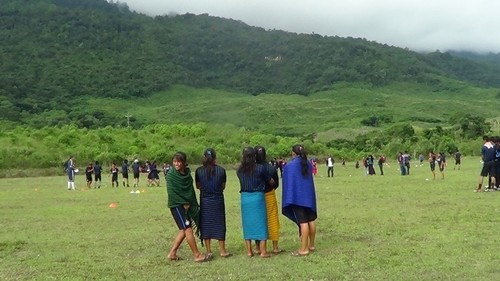 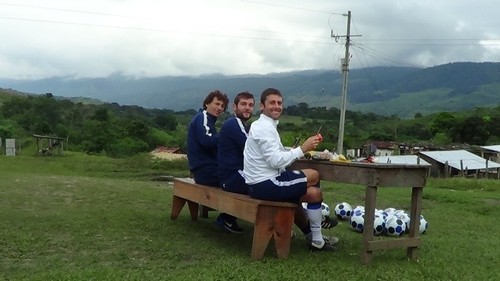 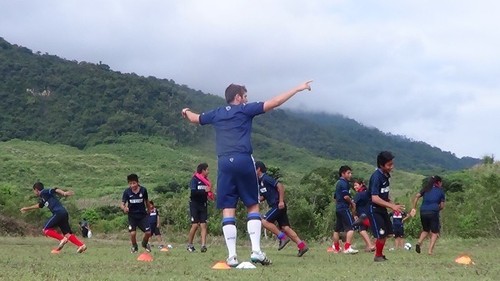 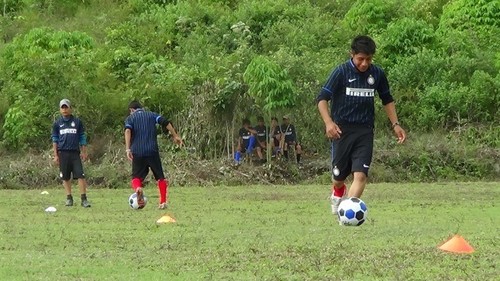 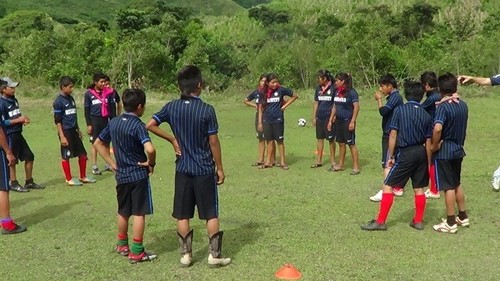 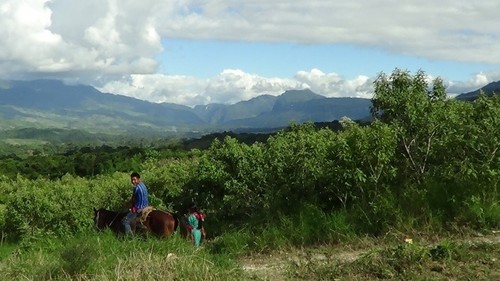 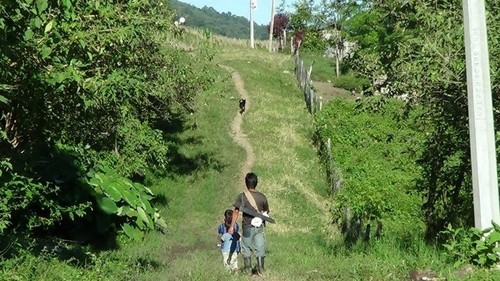 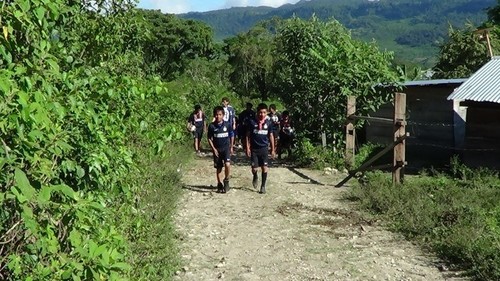 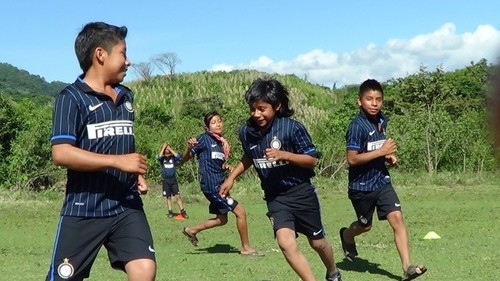 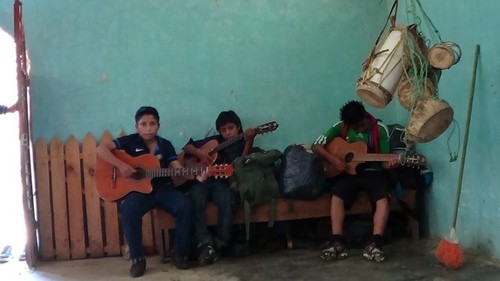 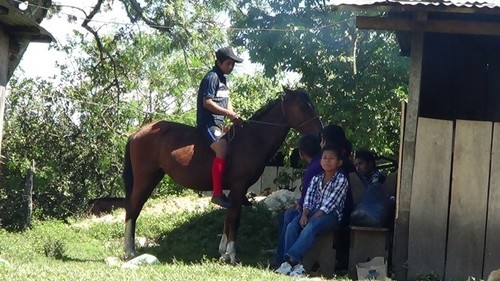 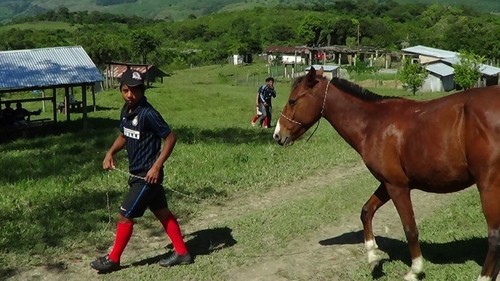 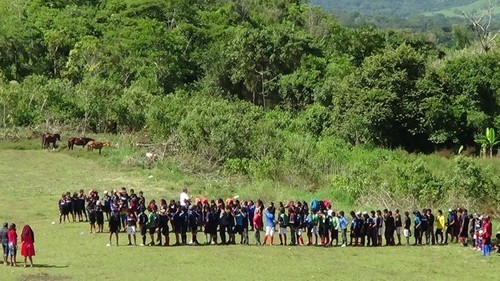 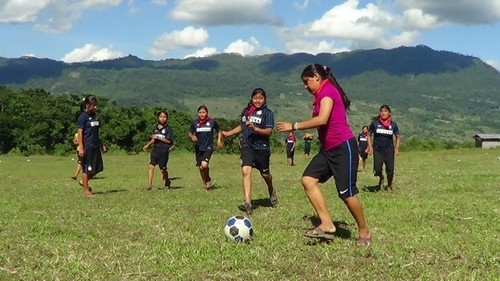 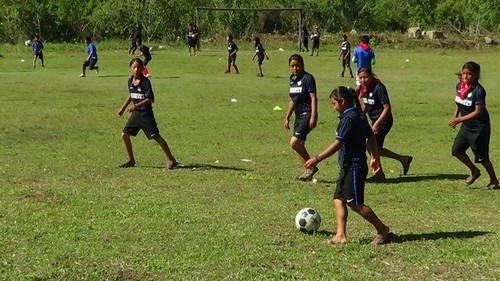 I have the right to play