Google+
Tweet
Home. News. THE FIELDS OF SOUTHERN LEBANON ARE TINGED WITH BLACK AND BLUE

I walk through the middle of a field. Around me are rocky hills. Seemingly nothing else. Beneath my feet is barren, red soil. Stones and dust accumulated during the dry winter. A field just like many others touched by Inter Campus but, nonetheless, it’s still a football pitch. A unique and special one, criss-crossed by runs of pure joy. Just as it is now.

I slowly look up in the direction of laughter and giggling: the youngest boys and girls, all wearing their new Nerazzurri kit, stop. Finally the, albeit brief, opening ceremony has come to an end. The children, with their tiny voices but adult expressions, have finished singing the Lebanese national anthem, respectfully listened to the Italian anthem and thanked the military in their camouflage jackets and blue berets.

All eyes turn to the Inter coaches, who, although unable to speak their language, always manage to find a common way of communicating. Another success story for ‘the shirt’: in the blink of an eye the Inter Campus family grows.

This time it’s happening in Southern Lebanon, where Inter Campus have wanted to return for some time, with a solid, long-lasting project to help the children from the nearby villages, the scenes of conflict and torment for such a long time. Although an end to the conflict is still a long way off, a truce exists today, thanks to the presence of UNIFIL. It means that families can now farm, open small businesses, rebuild their homes. There are schools and open spaces, but very little for children.

Following the conflict between Israel and Lebanon in 2006, the latest UN resolution led to mediation and conciliation. Since January 2012, Italian General Paolo Serra has been in charge of the UNIFIL operation, Italy playing a leading role in Operation Leonte, an operation that takes its name from the river that marks the border of the West Sector. Having the Italian contingent of the Joint Task Force, the Brigata Granatieri di Sardegna, here enables the Nerazzurri to continue to keep their social programme running.

Supporting the local people is the link that bonds the United Nations Interim Force in Lebanon and Inter Campus. In particular, the Gruppo Supporto Aderenza CSS BN stationed at the Base 1, Reggimento Trasporti, under the command of Colonel Mario Stefano Riva, who has taken part, offered support and escorted the Inter Campus staff – Aldo Montinaro, Juri Monzani, Andrea Galbiati and Nicoletta Flutti – to Hanaway, where the programme is already active, and to Yarin, where the programme is in the development phase.

Procedures, authorisation, convoys, teaching, surveys, translations, conflicts, everything contributed to kick-starting a long-standing programme, and that keeps Inter Campus extremely busy, visiting and monitoring progress, as well as working closely with the contingent on the Millevoi di Shama base, thanks also to the work done by local representatives. We wish to extend a special thanks to the Mayor of Hanaway, Hassan Tajeddine, for recruiting tremendously helpful locals as well as providing the infrastructure to give the Inter Canpus project a massive boost.

Thanks also go to the Deputy Mayor of Hanaway, Mohammed Kafal, to the Director of the Yarin Hassan Ismail School, to General Riccò, Colonel Riva, Head Coach Moustafa, Lieutenant Colonel Arseni, to coach Hakim, to Lieutenant Mancuso, to Zyad, Capitan Nadini, to Master Corporal Russo, and once again to Mohammad, Fabiano, Massimo, Imad, Marco, Angelo, Michele, Hamad, Francesco, Alessandro… They will forgive us if we give them an informal ‘thank you’ and list them in no particular order, and if we can’t name every single person involved. We have returned to Italy safe in the knowledge that their professionalism, agreeableness, welcome, sacrifice, courage, dedication and tremendous humility helped us make our project more efficient, valued and exciting. 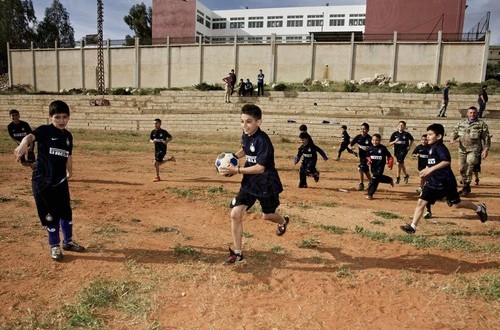 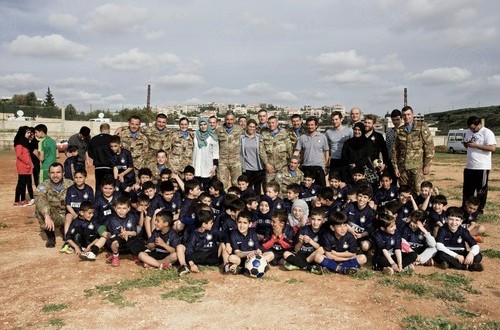 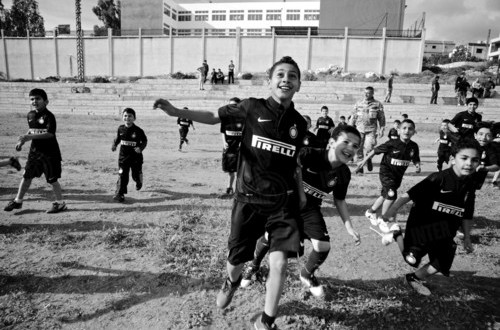 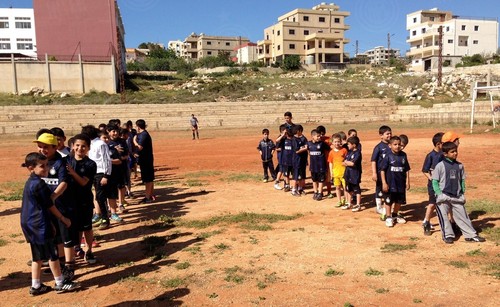 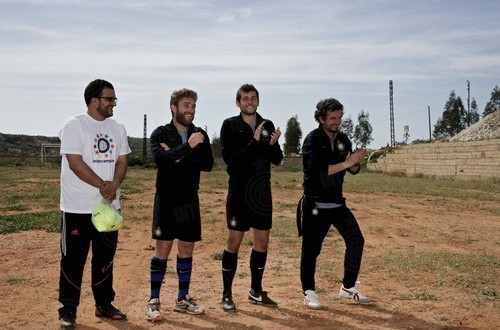 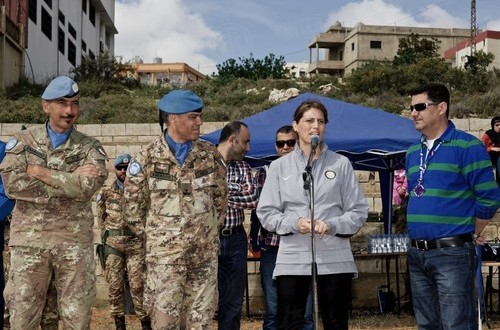 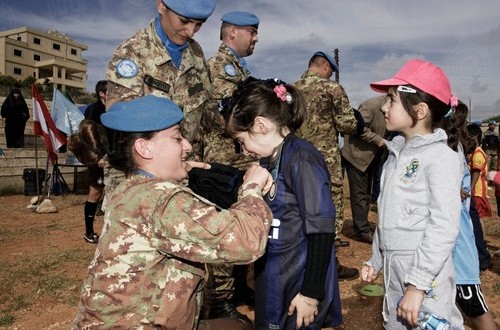 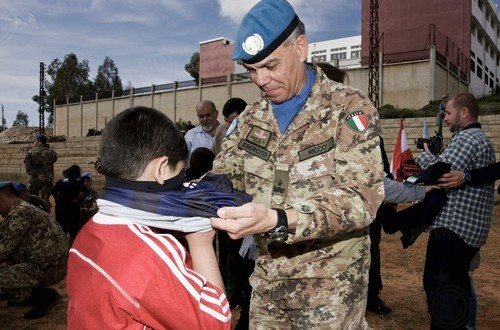 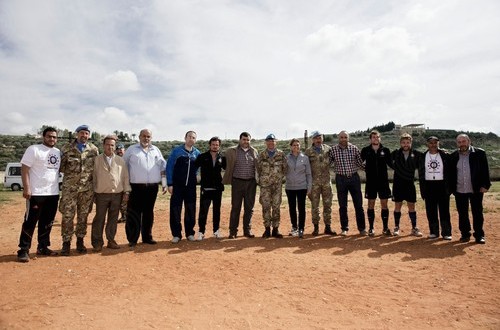 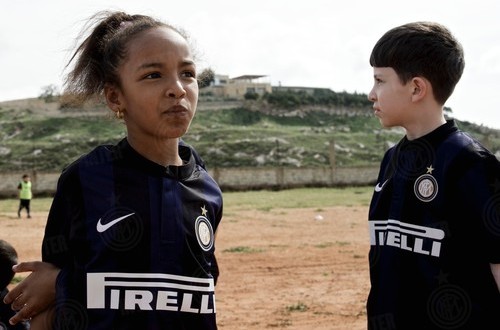 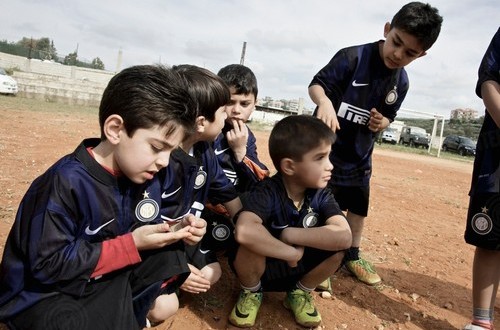 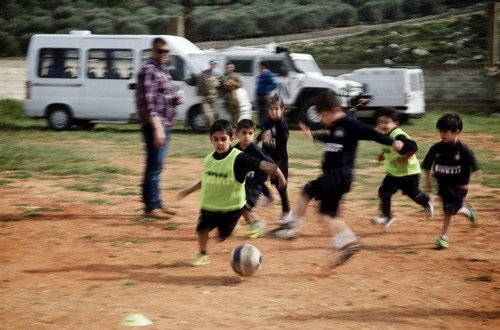 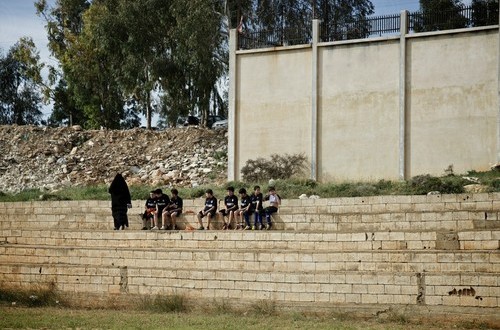 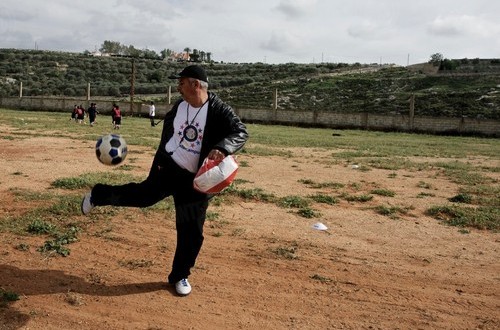 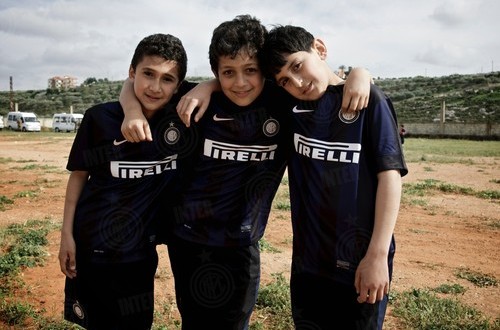 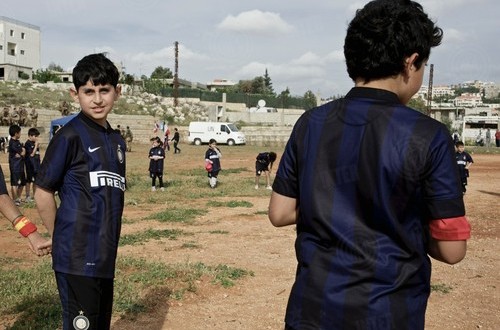 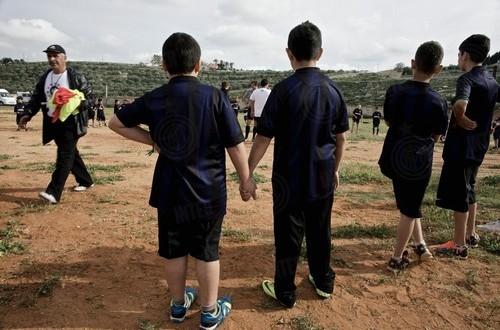 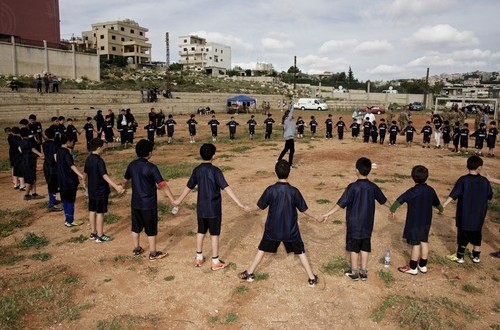 SPECIAL MOMENTS WITH THE CHILDREN OF INTER CAMPUS POLAND